Last night, I went to bed and rolled over on a football. This morning I got out of the shower and stepped on a Monster Truck. I found a Hot Wheel in my work bag, a truck cab and trailer in the lazy susan, a Lego guy in my shoe, and a tiny sock in the wine rack.

There is a piece of me that misses a clean, organized home. When I was in PT school, I would clean my apartment each weekend. I would put everything away in its place and I would dust, vacuum, and scrub. Did I mention, I did that every weekend? I would clean out my fridge and wipe out my cabinets. It was a beautiful thing. I also lived alone.

The kitchen floor needs scrubbed, the cabinets and walls and appliances in the kitchen need wiped down. No matter how often I clean the bathroom it seems to need it again IMMEDIATELY. There seems to always be piles of laundry on the couch ready to fold an put away and piles of stuff on the kitchen counter where it is left for days. And the toys... they are everywhere. Despite my husband's valiant effort to corral them to the basement, they are everywhere.  Some days, it makes me crazy but I know it is all about perspective.

The surfaces in the kitchen need to be washed because I love to cook for my family, every day. E often asks to help and somehow ingredients end up everywhere. The memories of him learning to measure, pour, stir, "spin", and create is worth the splatter spots on the tile.

The bathroom needs to be cleaned... again... because I have a 4 year old who is learning to be more independent with toileting, teeth brushing and hand washing. The confidence he is learning is more important that the impeccably clean sink, toilet, and mirror. I also have two boys who love to play in the tub. They make the dinosaurs jump and the monster trucks crash and the water splash everywhere. The giggles and wet smiles are more important that the spotless floor.

The laundry is in piles and baskets in the family room because the boys love to pull it all out and hide in it. Watching M pull out article after article of clothing and laugh and laugh is more important than wrinkle free, folded laundry.

And the toys, the toys that are seriously everywhere. My kids play hard, just like kids everywhere. No matter how many bins, boxes, tubs or totes I label, everything is out at once and it is all played with together. The boys are developing imagination, independent play skills, creativity, sharing and social skills. We are blessed to be able to provide them with a variety of toys with which to do this. Apparently, they prefer to have them all out at once.  These opportunities for creative play and learning are worth the injuries inflicted on the adults in the house when we step on a Lego guy or a Hot Wheel in the middle of the night. 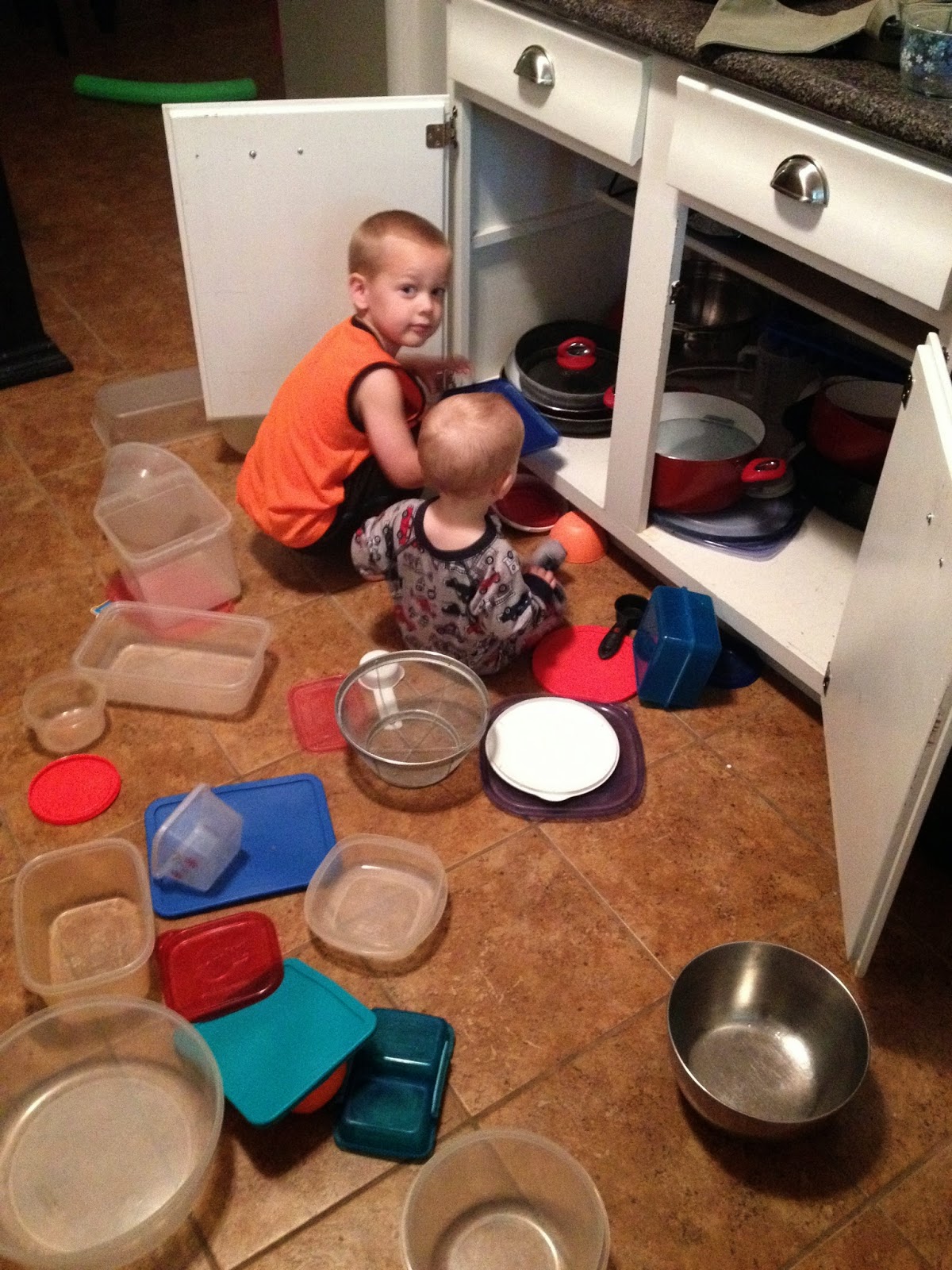 My oldest turns 4 tomorrow. We had his party tonight at Grammy and Pop's house. Firetrucks was the name of the game. We had firetruck plates, napkins, cups, center pieces, table cloth, and balloons. The birthday boy had a fire hat and of course there was a fire truck cake. Well, there was supposed to be a fire truck cake.

This little boy teaches me BIG lessons over and over and today was no exception. I had to work Saturday and so I didn't have a chance to get to the grocery store and then get the cakes made a day early like I prefer to do. I knew when I started the project Sunday morning that it was going to be a push to get it done. That and there were some things that I had never tried before in the world of cake decorating (and that I won't be doing again).

I was mortified at the results. It was a big pile of slimy pink frosting with white accents piped on carefully that had since slid down the sides. The lights were crooked. The ladder was off center. It was hose-less. A Pinterest fail of epic proportions. My heart sank. I just wanted him to have a cool fire truck cake and this was certainly not it. That, and selfishly, I didn't want this to be the cake that my family talked about 15 years from now. "Remember the year of the horrible, pink, vegan fire truck cake?" Sigh.

With that in the front of my mind, I raced over to the grocery store and bought chocolate sandwich cookies for the wheels, two little cartons of ice cream and sorbet, and a giant chocolate chip cookie cake with the words Happy Birthday Emmett in white frosting. A back up plan.

I got home put the wheels on and slid the cake back in the fridge to try and prevent further deterioration and melting. E and his dad came inside after playing football in the yard. He asked about his firetruck cake. I opened the refrigerator door and let him look inside. His reaction was the last thing I expected. "Mom! It's my fire truck cake! For my fire party at Grammy's. Wow! Mom, great job!" Cue the heart melting and the eyes welling up. He didn't care that it wasn't perfect. What he saw was a truck, a red firetruck, with red and yellow gumdrop lights, a white ladder, cookie wheels, and it was just for him, in honor of HIS birthday. He knew in his 3 year old way, that I had been working on it all morning and afternoon and he loved it. He loved it because it was from me to him. At that reaction, I immediately felt worse. Was it, in fact, sad that he thought it was "perfect"?

We loaded up the car with everything one might need for a party, including a perfect looking chocolate chip birthday cookie with calligraphy and a heap of homemade vanilla cake with pinkish frosting and candy accents in a semi square shape. I carried the truck cake on my lap on the cake board and my husband turned the air conditioner up to keep it from melting. We got to Grammy's and I apologized profusely for the cake that I quickly slid into their fridge. After dinner, Emmett put 4 candles in it wherever he chose, blew them out as we snaped a few million pictures of him and we cut it up and ate it with ice cream. It really tasted just fine. I knew the cake and frosting would taste okay. No other mention of it was made and the party continued until it was time to pack up and head home for bathes.

The next day (his actual birthday) I told him that we would cut into the cookie with his name on it. He thought that was pretty great because, really, who would complain about two birthdays? After dinner, I gave him his slice and he took one bite and pushed the plate away. "Mom, this is terrible." He hated the cookie and the frosting. A three year old not eating a chocolate chip cookie, with frosting!? Well, honestly, he was right. It tasted like cardboard with white Crisco flavored frosting. Yuck, but.... it looked great. Yeah, it doesn't take a rocket scientist to see the lesson there. Appearances can be deceiving and food made with love really is superior. Pretty sure the 18 year old kid in the grocery store bakery did not bake love into the cookie or add it to the frosting scraped out of the 10 gallon bucket. I loved Emmett with every bit of me as I measured flour, sugar, and baking powder and mixed, poured, baked, frosted and decorated. An entire Sunday to make something that only he could truly appreciate. (Oh, and apparently Kona, our dog, was also quite appreciative as she managed to snag several tastes and ruin two attempts. Sigh, I digress.)

So the three year old in the house, once again, teaches his mother a valuable lesson in giving, receiving, and seeing through eyes filled with love and understanding. 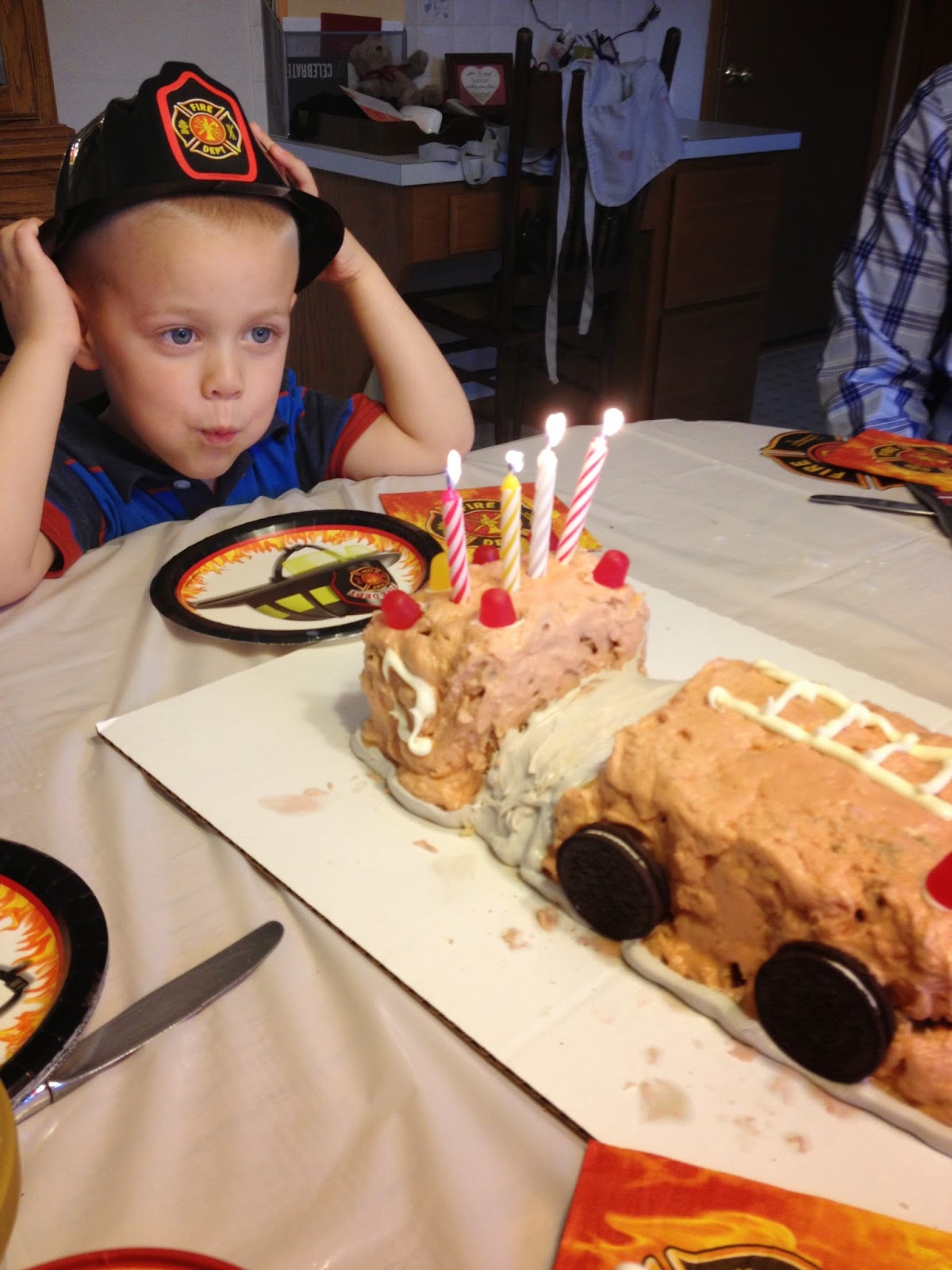 Email ThisBlogThis!Share to TwitterShare to FacebookShare to Pinterest
Labels: E

Each morning I meditate on my intention for the day. Some mornings I lay in Savasana in my living room with toys strewn around, some mornings it is a moving meditation on a run. Thursdays I practice at a yoga studio with a great teacher. Its a hot, power yoga class and I always feel so zen afterwards.  Throughout my practice I focus on my intention. I let that intention come to me and then I feel it. If it feels forced, I acknowledge it and let it pass by and wait for the next one. If it feels easy and "right", I embrace it and focus my breath into it. I never talk about this with anyone. Not because I am embarrassed or at a loss for words or feel it doesn't need to be shared, but because words couldn't do it justice.


Throughout the day, I try and bring the energy from that intention into my body with my breath and then let it shine out, quietly. It could be patience, gratitude, calmness, harmony, peace, happiness, purpose, understanding, forgiveness, compassion, beauty, or stillness, but today without a doubt, it is LOVE. It is 7:30 am. I don't yet have an idea why it is love that stuck this morning. Love for family. Love for community. Love for ideas and passions and intentions. Love for patients. Love for the earth and, without a doubt, love for yourself. Acknowledgment of this love that flows through each of us. We all have the capacity to love, and be loved, if we allow it. For some people, love explodes out of them with every movement they make. They shine. They are vibrant, passionate beings who couldn't harness that loving energy if they tried. For others, it seems to seep out in tiny droplets and maybe, just maybe, if you brush by them on the street, one of those droplets will end up on your sleeve and you will sense it.

So today, I will think, act, and be love. I will let my intention guide my actions. No matter the circumstance, I will surround others with love. I will love myself, all of myself, both gifts and perceived imperfections. I will hope that someone will feel a small piece of that and share it with someone else, allowing the ripple effect to continue.

Your intention today does not have to be Love. It could be anything but it should be something. It is up to us to make the world a better place. Just think what could happen! It would be simply amazing. 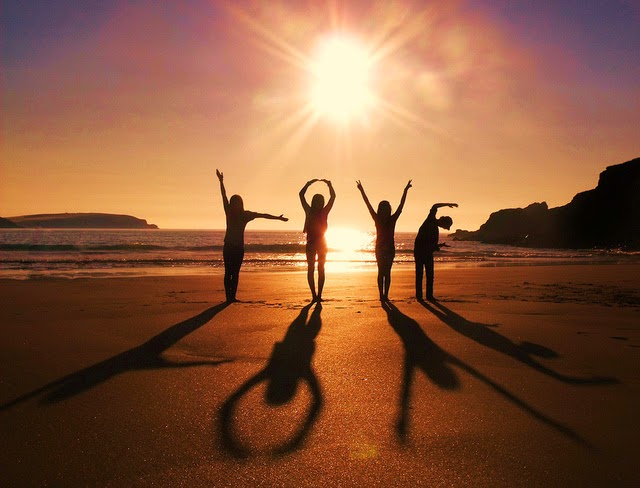